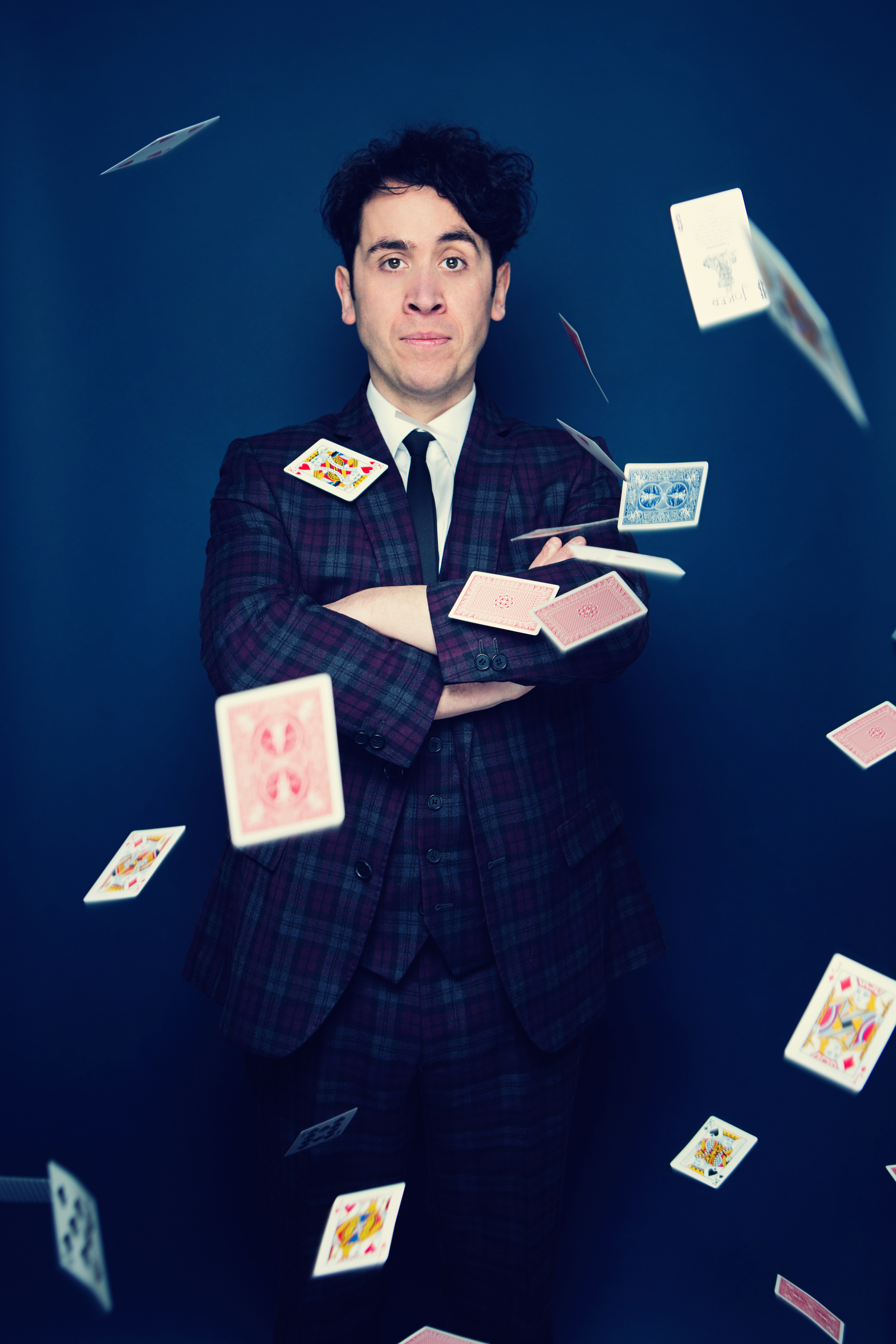 Pete Firman, one of the UK’s most celebrated magicians and comedians, has announced a brand-new 27 date tour of the UK. Marvels, which will open at the Trinity Theatre, Tunbridge Wells on 21st September 2018 and conclude at Totton’s Hanger Farm Arts Centre on 10th November 2018 and also includes a run at the Edinburgh Fringe 2018, promises to be his most astonishing show yet. Tickets go on general sale on Friday 23rd February 2018 (presale on Wednesday 21st February 2018), with tickets available from www.petefirman.co.uk.

Expect to be mesmerised by Pete’s acclaimed blend of laugh-out-loud comedy and jaw-dropping magic, as he presents a truly unique live theatre experience. ‘The UK’s leading comedy magician’ (Time Out) has numerous television appearances under his belt, including ITV1’s Tonight at the London Palladium, The Next Great Magician, BBC One’s Let’s Sing & Dance for Comic Relief, The John Bishop Show, The Magicians and The Sarah Millican Television Programme. He also presented Pete Firman’s World of Magic for BBC Radio 4 Extra.

Pete Firman said: “I’m thrilled to be hitting the road again with a brand new bag of tricks! Performing magic on television is brilliant, but it really should be experienced live and right in front of your eyes in a theatre. I’ve spent the last year and a bit working on new ways to drop jaws and tickle ribs. I can’t wait to get started!”

Pete’s skill for fusing magic and comedy has made him one of the most sought after magicians working on British television, writing and performing in magic shows such as Monkey Magic (FIVE), Dirty Tricks, Derren Brown’s 3D Magic Spectacular (Channel 4) and The Secret World of Magic (Sky One). He has also made dozens of guest appearances on programmes including The One Show, BBC Breakfast, Celebrity Mastermind, Gordon Ramsay’s Cookalong Live, Comedy Rocks with Jason Manford, This Morning, Edinburgh Comedy Fest Live, Comedy Cuts, Saturday Live Again! and Something For the Weekend. Pete is also an accomplished television presenter, having fronted game shows such as Stakeout and Wait For It (BBC One) and The Body Shocking Show (E4). He has also performed internationally, including at Just For Laughs Comedy Festival in Montreal. Marvels is Pete’s seventh UK tour following TriX in 2016 and releasing his first book Tricks To Freak Out Your Friends, which was hugely successful in the UK and the US.

In 2017 Pete was presented with ‘The Carlton Award’ by the world famous Magic Circle. It is given for outstanding comedy in magic and Pete is the first non-member of the society to receive it in the Magic Circle’s 100-plus year history. Other recipients of Magic Circle awards include Derren Brown and David Copperfield.

Pete’s return to the Edinburgh Fringe marks his 11th appearance at the world’s largest arts festival, with a full-length run at The Pleasance Beyond.

‘The new poster-boy for British comedy magic’ The Daily Telegraph

‘Seamless blending of quality magic and stand-up comedy. It is a joy to watch’ Edinburgh Festivals Magazine

‘The best magic tricks in the Universe’ The Independent