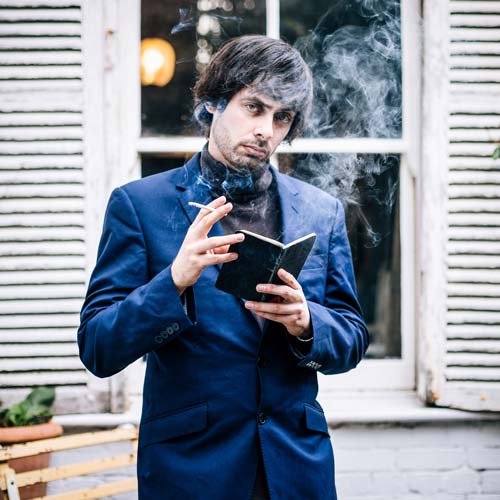 Marcel Lucont is the multi award-winning laconic Frenchman whose dry wit, bawdy chansons and exquisite sex poetry have made him a star from Roubaix to Melbourne and back again.

Marcel was a series regular on two series of BBC3's Live At The Electric, as well as appearing on Comedy Central Live From The Comedy Store (Comedy Central), Russell Howard's Good News (BBC3), Set List (Sky Atlantic) and The John Bishop Show (BBC1). He has performed several sell-out runs in Perth, Melbourne, Adelaide and New Zealand, where he has also appeared on The New Zealand Comedy Festival Gala (TV3) and 7 Days (TV3). A stalwart of the Edinburgh Fringe, he was awarded the Amused Moose Laughter Award in 2012 and celebrated 10 years at The Fringe with his smash hit show No. Dix in 2019. Marcel is also the author of the hit book What We French Think of You English and Where You Are Going Wrong, which is available here.

He is also in demand as a host and after dinner performer, with previous clients including The European Coffee Awards, Secure Health and Wurst.

"Fresh, accesible and hilarious" The Guardian

“Eloquent yet crass, charming yet arrogant. Above all, the man is hilarious. As far as comedy goes it doesn’t get much better than this” ★★★★★ The Advertiser